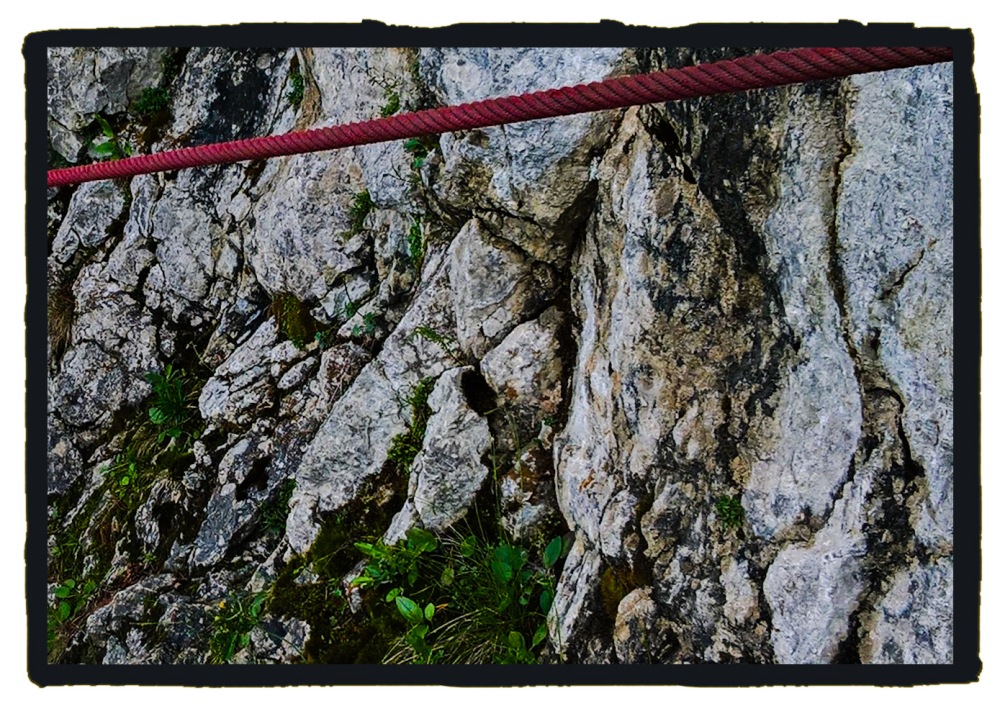 He had parked his black, high-tuned motorbike neatly in the parking lot at the foot of the mountain which had looked to him like Swiss Matterhorn from afar. Even though its size had diminished the nearer he had got, he was determined to interrupt his ride to the flatlands and climb the grey, rocky peak. He kind of rushed up the first 700 metres of altitude – as if he had to purchase some last-minute supplies – not even noticing the sweat which ran down his back and dripped from his constantly creased forehead. His speeding heartbeat felt like rock drums in his chest. When he entered the rope-lined stretch on the narrow climbing ridge, his sight was impaired. He concentrated on the red rope and the rocky path which was bulbing toward him as if under a magnifying glass. When the stone struck him, he all of a sudden saw everything clearly in a single snapshot: The thick, red rope swinging slightly above him, the rugged, dirty rock with its myriads of cracks and even some fresh green leaves among the eternal moss of emptiness. He sucked in the razor-sharp air and knew that the stone had dropped from the white skies above him.